Russian President Vladimir Putin has approved the launch of four new investment projects in the Far East after watching presentations about them on the sidelines of the Eastern Economic Forum (EEF) in Vladivostok.

“Let’s start!” the head of state said, adding that the number of projects aimed at developing the region has been steadily growing over the past several years. Putin said investors made “the right choice of location for these efforts and for capital investment.”

The approved projects are in the agriculture and automotive industries. One of them is a new workshop for machine parts at the Mazda Sollers Manufacturing engine plant in Vladivostok, which has raised over four billion rubles ($55 million) in investments.

Another project is a large pig-breeding cluster, which will deal in high-tech production of fresh meat with deliveries both to the domestic market and to southeast Asia.

Greenhouse company NK Lotos has put into operation a new 12-hectare greenhouse complex and now plans to set up an even more ambitious complex covering 17 hectares, aiming to reach up to 25 thousand tons in production volume after it is complete.

According to the Russian president, the government will continue to support investor interest in the region.

“The history of the development of the Far East, the implementation of large, significant projects here, such as the construction of the Trans-Siberian Railway, the Baikal-Amur Mainline, and the Vostochny Cosmodrome… have shown how important it is to constantly move forward,” Putin said, stressing that “it is necessary to set ambitious goals, to solve the most daring tasks, proceeding not from the current, but from a more distant, strategic perspective.” 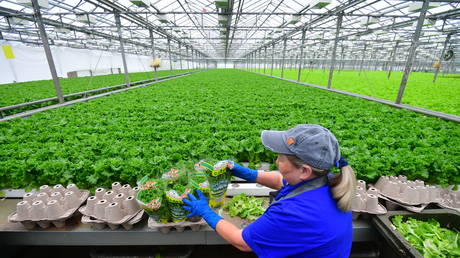 Global debt will be nearly thr...

‘His pretty wife won’t recognize him’: Fury vows to ‘butcher’ Wilder as both men at career-high weights ahead of trilogy (VIDEO)

Global debt will be nearly three times bigger than global GDP by year-end, but there is no reason to panic – S&P