Poland’s antitrust watchdog UOKiK said on Wednesday it has imposed a 29 billion-zloty ($7.6 billion) fine on Russia’s Gazprom over the Nord Stream 2 gas pipeline, designed to boost gas supplies to the EU.

According to the regulator, the direct pipeline from Russia to Germany impedes competition on European Union energy markets and “violates the interests of consumers.” The fine amounts to 10 percent of Gazprom’s annual revenues – the maximum allowed penalty. Other companies participating in the construction of Nord Stream 2 have been fined $100 million. UOKiK gave Gazprom and its partners 30 days to terminate financing agreements and “restore” competition.

“The construction of Nord Stream 2 is a clear violation of market regulations,” UOKiK head Tomasz Chróstny said in Warsaw on Wednesday, as cited by Bloomberg. Gas prices for consumers must be “the result of fair competition, and, once Nord Stream 2 is operational, it’s likely that gas prices will increase and there’ll be a risk of interruption to supplies,” he said.

Warsaw has long been opposing the expansion of the gas link directly connecting Russia with Germany, Europe’s biggest market for the fuel, arguing it would deepen Europe’s dependence on Russian energy. Meanwhile, many European nations have stressed that they want to diversify their energy sources, and Nord Stream 2 could be one of the ways to achieve that.

In 2019, Poland’s President Andrzej Duda met US President Donald Trump to discuss the possibility of halting the implementation of the Nord Stream 2 project. Warsaw also inked several contracts with American companies to replace Russian supplies. The intention was to make Poland the future center for the re-export of US liquefied natural gas (LNG) in the region, according to US Ambassador to Poland Georgette Mosbacher.

The US administration has repeatedly criticized the Nord Stream 2 project, aiming to derail it in order to boost sales of American LNG to Europe.

The construction of the project’s two pipelines, which will extend from the Russian coast to Germany and on to other European countries through the Baltic Sea, is nearing completion. It will have the capacity to deliver 55 billion cubic meters of gas per year, and Berlin has insisted it will help Germany meet its growing energy demand as it phases out coal and nuclear power. 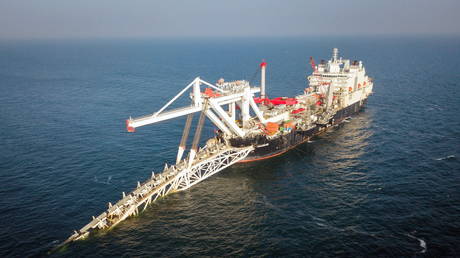