Oil could ‘pretty easily’ rebound to $150 a barrel despite crashing prices this year, analysts predict

Oil could ‘pretty easily’ rebound to $150 a barrel despite crashing prices this year, analysts predict

After having gone below zero this year due to the coronavirus pandemic and to disagreements between global oil producers, the price of crude has all the chances of rebounding significantly from these historic lows.

That’s according to the estimates of analysts, who told The Wall Street Journal that investment in oil and gas production will dry up and propel crude prices back above $100 a barrel.

“That funding pressure is going to be massive. It’s going to be really difficult for some of the producers to produce,” said Trevor Woods, chief investment officer of Ohio-based hedge fund Northern Trace Capital. “We could hit $150 pretty easily by 2025,” he added.

READ MORE: Coronavirus has wiped out a decade of oil demand growth

According to Christyan Malek, an analyst at JPMorgan, the decline in investments will have a lasting impact on oil production opportunities. He estimates production will fall by five million barrels per day, or five percent of pre-crisis levels. That will require the investment of an additional $625 billion by 2030 for production and demand to reach a balance. As a result, oil prices will rise and will reach $100 per barrel over the course of the next two years, Malek said.

Chief investment officer of London-based investment fund Matilda Capital Management, Richard Fullarton, said he expects oil prices to surpass the $100 mark already in the second half of 2020. “We’re never going to physically run out of oil,” he told the WSJ, adding: “It’s whether we’re going to deploy the capital to access that oil.”

Most experts expect that, in the long term, crude prices will remain at a level that will allow producers to make a profit by extracting the amount of fuel necessary to meet demand. They add, however, that the Covid-19 pandemic is complicating forecasts.

International benchmark Brent was trading down over one percent on Friday at $41.90 per barrel. US West Texas Intermediate was also down 1.3 percent, to $39.11 a barrel. 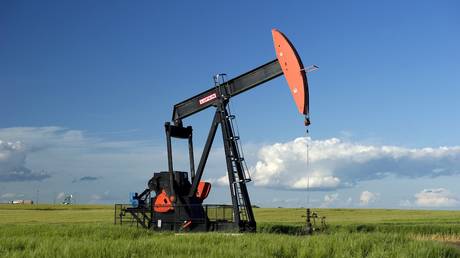