The Supreme Court of the Netherlands has agreed to consider Russia’s appeal against a lower court ruling, which awarded multi-billion-dollar compensation to former shareholders of the defunct Russian oil giant, Yukos.

According to the Russian government, The Hague Court of Appeal “neglected numerous facts of violation by the plaintiffs of anti-corruption and “anti-laundering” regulations. Specifically, the former owners of Yukos “allowed systematic tax evasion, illegal withdrawal of assets abroad, money laundering and other illegal actions.”

The Russian Justice Ministry said on Friday that Moscow “will consistently defend its interests both in the cassation instance of the Netherlands and in other jurisdictions.”

On February 18, The Hague Court of Appeal reinstated an order of the Permanent Court of Arbitration in The Hague, which obliged Russia to pay more than $50 billion to companies associated with former Yukos shareholders in 2014.

The Russian Justice Ministry announced immediately after the ruling that it would appeal the court’s decision, saying the court had ignored the fact that the former Yukos shareholders were not “bona fide investors.”

It has also pointed out that the European Court of Human Rights (ECHR) did not find any political motives in the criminal prosecution of former Yukos executives Mikhail Khodorkovsky and Platon Lebedev, and that no compensation would be awarded.

The arbitration panel had originally ruled that Moscow seized control of Yukos in 2003 by hitting the company with massive tax claims. It ordered Russia to pay former shareholders $50 billion in compensation.

Russia challenged that decision, sending a detailed response to The Hague’s District Court. It expanded on arguments about unlawful acts committed during and after the privatization of Yukos. It also revealed examples of manipulation and collusion during mortgage auctions, as well as the bribing of state managers and the creation of an extensive network of shell companies to avoid taxes. In addition, it highlighted the export of illegally acquired assets abroad, concealing the true beneficiaries of the supposedly foreign companies that filed lawsuits in The Hague against Russia.

In April 2016, The Hague’s District Court overturned a decision by the Permanent Court of Arbitration, ordering Russia to compensate former shareholders of the company that was once owned by oligarch Mikhail Khodorkovsky.

In the summer of that year, former shareholders appealed to the Hague Court of Appeal to reverse the district court’s decision and restore the arbitral awards.

A preliminary probe into the main Yukos case was opened in Russia in 2003. The oil company was accused of tax fraud and declared bankrupt by a Russian court in 2006, with its assets sold at auction as part of the liquidation process.

The former oil tycoon was sentenced to nine years in prison in 2005 following a lengthy legal battle, which was increased to 11 years after a second trial ended in late 2010. He was pardoned by President Vladimir Putin in 2013 and left Russia for Germany, Switzerland, and then the UK.

In 2015, Russian prosecutors accused Khodorkovsky of ordering the murder of the mayor of the Siberian city Nefteyugansk, Vladimir Petukhov, and an attempted assassination of businessman Evgeny Rybin. He was then placed on an international wanted list. 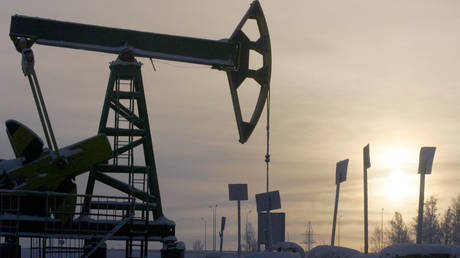 No quick bounce back: Russia’s rea...

Russia could ditch dollar by l...