Tesla’s website briefly crashed this week as CEO Elon Musk launched the sale of red satin shorts, lampooning investors who are betting against the electric carmaker.

The limited-edition garment, available for “Only $69.420,” was out of stock just hours after Musk made the announcement late Sunday on Twitter. In addition to the Tesla logo on the front, the shorts have ‘S3XY’ written on the back, a reference to Tesla’s Model S, Model 3, Model X, and Model Y vehicles.

The odd price tag could refer to the $420 share price which Musk infamously declared he had secured funding at to make Tesla private in 2018. At the time, Tesla stock was worth around $300 per share. Following the move, the tech entrepreneur was sued by the US Securities and Exchange Commission (SEC), causing Tesla stock to slide.

Since then, however, the carmaker’s performance has made many Tesla bears scratch their heads. Since the beginning of last year, shares have surged more than sixfold from around $230 per share to an all-time high of $1,371 on Monday. The recent rally came shortly after a bullish upgrade from JMP Securities analyst Joe Osha, who increased his target price to a new Wall Street high of $1,500 and predicted that the company will have $100 billion in revenue by 2025.

Musk has often taken swipes at short-sellers – investors who borrow and then sell shares, betting that the price will fall, allowing them to buy the stocks back for less money. The Tesla boss has said on several occasions that the practice should be made illegal. In 2018, he sent a box of short shorts to hedge fund manager David Einhorn, a vocal critic of Tesla, and offered to send him more last year.

Last week, when the billionaire pitched the idea of selling “fabulous short shorts in radiant red satin with gold trim,” he promised to send some to the “Shortseller Enrichment Commission,” referring to the SEC, “to comfort them through these difficult times.” 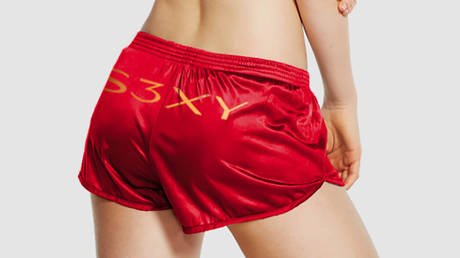 Not important what really happened...

Eurozone inflation at its high...