The Russian capital has made it into a list of the top 20 European cities with the most promising prospects for start-ups, tech and innovation investment, according to the Tech Cities of the Future ranking.

The list, compiled for the first time by fDi Intelligence magazine together with The Next Web (TNW) tech innovation website, rated 76 cities to find out which ones are the best for tech development.

London won top billing, followed by Paris and Dublin, all of which offered compelling prospects for innovators and startups. Amsterdam and Berlin completed the top five.

Apart from taking 18th place in the overall ranking, Moscow also made it into the top 10 in one of the categories, which ranked cities with the best startup environments. The Russian capital provides a wide range of opportunities for startup enterprises, according to Alexey Fursin, who heads the Entrepreneurship and Innovation Development Department of Moscow. For example, the local government has recently launched a project called ‘Moscow Accelerator,’ which allows new enterprises to cooperate with larger companies and get more investment to scale up their businesses.

In May, the Russian capital climbed to ninth place in the global startup ecosystem ranking of 1,000 cities compiled by StartupBlink. The researchers noted that the city has huge potential for research and development in AI and Big Data, calling it “a center of creativity in Europe.” 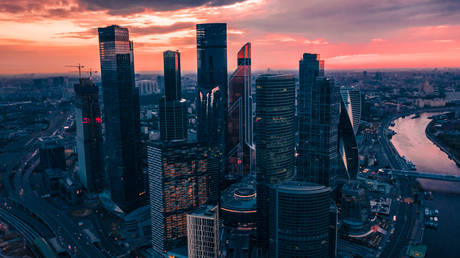