Close
Trending News
HomeBusinessLike it or not, US no longer holding world in its palm, China is – Professor Richard Wolff to RT’s Boom Bust

Like it or not, US no longer holding world in its palm, China is – Professor Richard Wolff to RT’s Boom Bust

Like it or not, US no longer holding world in its palm, China is – Professor Richard Wolff to RT’s Boom Bust

With less than a week left before the inauguration of Joe Biden, Washington is getting ready for the event with 15,000 members of the national guard in the streets of the capital, with closures and roadblocks.

After seeing what most Americans are used to seeing in other countries, the host of RT’s Boom Bust, Christy Ai, asked Professor Richard Wolff what is ahead for the dollar, markets, and the US political system.

“There’s no question in my mind that the whole world is looking at the US and it’s seeing too many signs of decline and decay,” the economist said, stressing that the process would be long.

“Whether it’s the extraordinary failures around being prepared for containing Covid, we are four percent of the population of the world, and we have 20 percent of the deaths from coronavirus. There’s no dancing around this,” Wolff said.

The expert added that the US is currently in a depression with 25 million unemployed Americans, riots in the capital, and a fracturing of the political system, which is expected to percolate into the currency’s value and investment patterns.

“There’s sense that whatever the US was as the kind of premier capitalist country, holding the world in its palm, holding it together, center of the free world… All those phrases do not apply anymore, we are not the rising power economically in the world,” he said. “That’s China, you may not like it, but it’s the reality.” 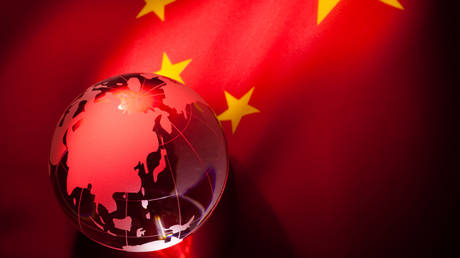