The hosts of the Keiser Report, Max and Stacy, look into the recent revelation by the US government that five global banks have processed trillions of dollars in suspicious transactions.

According to the US Department of Treasury’s Financial Crime Enforcement Network (FinCen), those institutions are Bank of New York Mellon, Deutsche Bank, HSBC, JPMorgan Chase, and Standard Chartered.

“For 11 years, I’ve been saying that JPMorgan and Jamie Dimon have been funding terrorism. Now, FinCen says exactly the same!” Max points out.

In Max’s opinion, those five banks are like the five crime families of New York during the 1970s. When one of those families was arrested and busted, the remaining four consolidated and became more powerful. “And that continued until there was one super-crime family that was too big to prosecute,” says Max, adding that the only way to curb such activity is to apply anti-racketeering law. 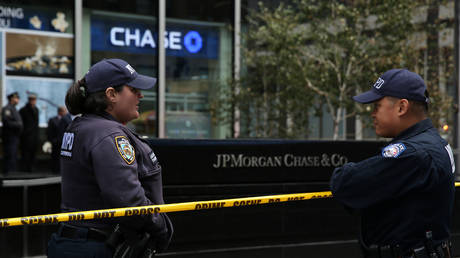