Risking facing massive losses due to sweeping US sanctions on Huawei, Japanese suppliers Sony and computer memory maker Kioxia have reportedly applied for a US license to continue doing business with the Chinese tech giant.

The two companies have not yet received approval from the US authorities, Nikkei reported on Sunday, without elaborating on when the applications were submitted.

If they fail to win the license, both companies will have to scramble to fill the gap left by the loss of sales to the Chinese telecom equipment producer. Huawei is the second-largest buyer of Sony’s image sensors for smartphones after Apple, accounting for around 20 percent of sales. The loss of such a big customer would add to the aftermath of the pandemic, which has hit Sony’s image-sensor division hard.

Later in September, Kioxia announced it was delaying a long-anticipated IPO, which was expected to become the largest one on the Tokyo Stock Exchange this year. The manufacturer did not mention Huawei in its statement, but it explained the decision was due to stock-market volatility caused by the pandemic.

While both companies declined to comment on the news to Reuters, they are not the first ones from Huawei’s long list of suppliers to seek to bypass restrictions that forbid companies from selling products made with US technology to Huawei without a special license. For example, chip manufacturer Intel has already been granted such permission from the US government, it announced in September. Some other tech companies are believed to be still waiting for approval, such as South Korea’s Samsung and SK hynix, plus Qualcomm, and China’s top chipmaker SMIC. 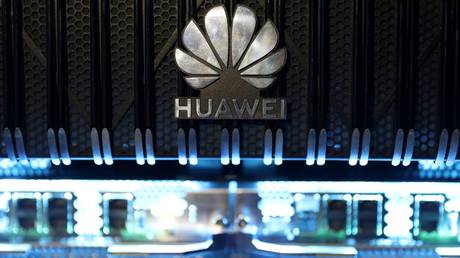