In partnership with the business sector, the Japanese government will invest some $14.4 billion (1.5 trillion yen) in liquefied natural gas development in Mozambique, the Nikkei Asian Review reported.

According to the report, the money will fund the development of a gas field in the African country to produce some 12 million tons of LNG annually, beginning in 2024. As part of the deal, trading major Mitsui & Co. and Japan Oil, Gas and Metals National Corp. will together buy a 20-percent stake in the field.

Three Japanese private banks will provide most of the debt funding for the project, and the state-owned Japan Bank for International Cooperation will supply $3 billion in loans.

Another report also mentions $3 billion to be provided in debt financing for the Mozambique LNG project in which Mitsui & Co. is a minority partner with 20 percent to French Total, which operates the project. Part of the $14.4 billion may go into this particular project.

Japan is the world’s largest importer of liquefied natural gas, and earlier this year, the Nikkei Asian Review reported that the country’s LNG supply security was threatened by the coronavirus outbreak, with stockpiles at the time only sufficient for two weeks of consumption.

Mozambique, on the other hand, is turning into a hotspot for the LNG industry, with Total’s $20-billion Mozambique LNG project to produce close to 13 million tons of the fuel annually, and Exxon’s Rovuma project to yield some 15.2 million tons once operational.

For now, however, the Mozambique LNG facility is the only one in the country that has received a final investment decision. Exxon recently said it would delay its FID on Rovuma until next year because of current market conditions. The liquefaction operation was originally scheduled to come online in 2024, like Mozambique LNG. 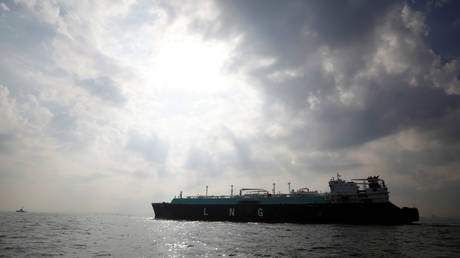