A free-trade agreement between the Russian-led Eurasian Economic Union (EEU) and Israel may be concluded in 2020, according to Israel’s Charge d’Affaires Yacov Livne.

“One important issue that we are addressing is a free-trade zone between Israel and the Eurasian Economic Union. I think there are all possibilities to finalize the talks this year, sign [the agreement] and implement it,” he said in an interview aired by the Rossiya 24 TV on Friday.

“That will also provide an important impetus to our bilateral economic relations,” the Israeli diplomat added.

A trade bloc established in 2015, the EEU is based on the Customs Union of Russia, Kazakhstan, and Belarus. It was later joined by Armenia and Kyrgyzstan. In 2016, Vietnam officially became the first non-regional country to join the bloc. The union is designed to ensure the free movement of goods, services, capital and workers between member countries.

More than 50 countries and international organizations, including China, Indonesia, Jordan, Thailand and some South American countries, have expressed interest in a free-trade deal with the EEU. Vietnam, Singapore and Serbia have already joined the trade bloc. Talks with Egypt, Israel and Argentina are currently underway. 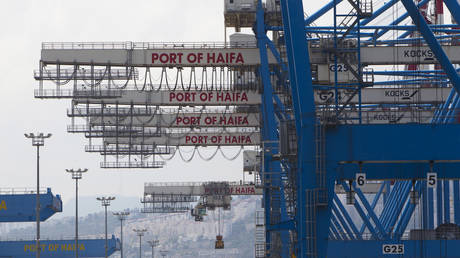