India wants all the coking coal & anthracite Russia can deliver

India wants all the coking coal & anthracite Russia can deliver

New Delhi plans to boost imports of coking coal, anthracite, and pulverized coal from Russia to 40 million tons per year. The supplies, worth around $4.5 billion, are intended to meet the needs of India’s steel industry.

The news was first reported by Kommersant business daily on Monday. According to its sources, Russian Deputy Energy Minister Anatoly Yanovsky said that the issue had been already discussed with India’s Ministry of Steel. The ministry believes that Russia can deliver the volumes discussed, and the exports can be “pretty competitive” with Australian coal.

Based on the July coking coal price of around $113 per ton, the imports of 40 million tons will cost India around $4.5 billion.

Russia currently exports less than 1 million ton of metallurgical coal to India, while its total exports of the resource stands at around 46 million tons. Thus, India could account for almost all of Russia’s exports of the fuel, which is vital for primary steelmaking, and become one of the largest markets for Russian coal producers.

READ MORE: Russia & India to team up for joint investment projects in Asia and Africa

An industry source told Kommersant that New Delhi is going to increase steel production, but lacks its own metallurgical coal. Robust expansion in steel production will make the country the largest importer of coking coal by 2025, overtaking China, Fitch Solutions predicted last year. 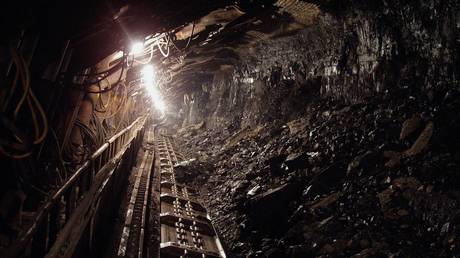 13 die in stampede at Peru nightcl...