“The government will grant petroleum mining lease rights but the companies should consider a farm-out (of a stake) to get global technology players,” Pradhan said in Hindi, as quoted by Reuters.

The minister was speaking at a news conference for the signing of the contracts for all 11 oil and gas blocks offered under the Open Acreage Licensing Policy (OALP) bid round-V, in which local companies ONGC and Oil India Limited won the exploration and production (E&P) blocks.

“Consistent and market friendly reforms in the E&P sector is enhancing ease-of-doing business & driving self-reliance in India’s energy sector. We have to move ahead with exponential growth and speed, leverage technology to boost domestic production & reduce dependence on imports,” the minister added.

India, the world’s third-largest oil importer, depends on oil imports to meet 80 percent of its demand and has been looking for years to revitalize its oil and gas production to potentially reduce its reliance on oil and gas imports in the future when both its oil and gas demand are set to rise exponentially.

Foreign oil firms have not been too keen to flock to India’s oil and gas exploration sector, with mostly major Indian state-owned enterprises receiving the rights to explore and extract resources. 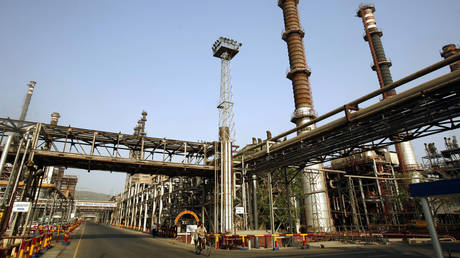