The world’s third-biggest oil importer, India, is considering using storage facilities in the United States and other commercially viable locations to reduce its supply risks.

“We are also exploring overseas crude storage facilities in the US and other commercially viable locations,” India’s Oil Minister Dharmendra Pradhan said, as quoted by The Economic Times.

India has been looking for years to diversify its crude oil supply beyond its traditional top supplier, the Middle East, which accounts for around 80 percent of India’s oil imports.

India has recently struck deals for long-term oil supply with the United States, Russia, and Angola, in order to diversify its supply sources, Pradhan said at the virtual conference Energy Security Conference 2020.

“Energy diplomacy and its alignment with our foreign policy & robust energy policies in the last 6 years has delivered tangible and substantive results in enhancing India’s energy security. Diversifying our sourcing of hydrocarbons, we are now sourcing crude from over 30 countries,” the minister said.

India and the United States signed a preliminary agreement in July to explore options for India to store oil at US storage sites.

This year, India has filled its strategic petroleum reserves, taking advantage of the low oil prices in April and May.

India used the ultra-low crude oil prices earlier this year to top its strategic petroleum reserves with oil at $19 a barrel, saving nearly US$700 million in the process, India’s Ministry of Petroleum and Natural Gas said last week.

“Taking advantage of the low crude oil prices in international market, India purchased 16.71 million barrels (mbbl) of crude in April – May, 2020 and filled all the three Strategic Petroleum Reserves created at Vishakhapatnam, Mangalore and Padur,” the ministry said in a statement.

The average cost at which India bought the crude oil in April and May was $19 per barrel, compared to $60 a barrel oil price in January 2020. Thanks to the cheapest oil in years at the start of the second quarter, India saved US$685.11 million on its crude oil import bill, the ministry said. 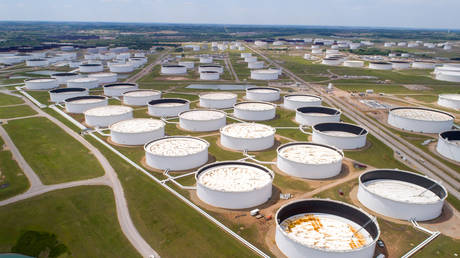