Silicon Valley giant Google is facing a new antitrust case in India in which it is alleged to have abused its Android operating system’s position in the smart television market.

According to Reuters, citing sources, the case has been filed by two Indian antitrust lawyers, Kshitiz Arya and Purushottam Anand.

One of the sources said the Competition Commission of India (CCI) had directed Google to submit its written responses to the allegations and that the company has sought more time.

The case is Google’s fourth major antitrust challenge in one of its key markets. The tech giant is currently facing public criticism from local Indian startups for enforcing certain policies and company charges they contend hurt their growth.

One of the sources also said that the CCI has since June been looking into allegations that Google engages in anti-competitive practices by creating barriers for firms seeking to use or develop modified versions of Android for smart TVs, such as Amazon Fire TV’s operating system.

The antitrust watchdog could order a wider investigation into Google if it finds merit in the allegations.

Smart TVs have become increasingly popular in India, with eight million sets sold in the country in 2019, according to data from Counterpoint Research. Three in five smart TVs sold in India are based on Google’s Android system, which also powers nearly 99 percent of India’s half a billion smartphones.

Google is also facing new antitrust challenges in the United States, and a potential antitrust probe in China, which plans to look into whether it uses the dominance of its Android mobile operating system to stifle competition. The tech company denies all the accusations. 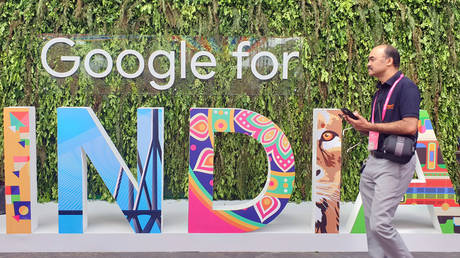