Prominent businessman Tony Hsieh, often credited for helping to transform downtown Las Vegas, has died at the age of 46. He co-founded online retailer Zappos and sealed a deal to sell off the empire to Amazon over a decade ago.

The news broke on Friday night, with the first reports citing a text message from his family to friends. The death was later confirmed by the retailer Hsieh led for 20 years before leaving this summer, with Zappos’ homepage paying tribute to the former CEO. The cause of Hsieh’s death is unknown.

“The world has lost a tremendous visionary and an incredible human being,” current Zappos CEO Kedar Deshpande wrote in statement. “Tony played such an integral part in helping create the thriving Zappos business we have today, along with his passion for helping to support and drive our company culture.”

Before launching the shoe and apparel business, Harvard graduate Hsieh co-founded an advertising startup called LinkExchange. The tech firm was sold to Microsoft for $265 million in 1998, when he was just 24.

Hsieh co-founded Zappos, then called ShoeSite.com, in 1999 and turned it into a massive business that eventually caught eye of another industry behemoth, Amazon. Seeing enormous growth potential, Amazon acquired Zappos for $1.2 billion in 2009, and it remains one of Amazon’s largest acquisitions to date.

The late tech entrepreneur is also known for the Downtown Project – a plan aimed at helping revitalize part of downtown Las Vegas by investing in people and projects. The initiative has allocated and invested $350 million, helping to create more than 165 new businesses and over 1,000 new jobs.

Local businessmen and officials also offered their condolences to Hsieh’s family, praising him for helping to change the landscape of downtown Las Vegas.

Tony Hsieh played a pivotal role in helping transform Downtown Las Vegas. Kathy and I send our love and condolences to Tony’s family and friends during this difficult time https://t.co/7TXBUDWZe0

Very saddened to hear of the passing of Tony Hsieh. Such a creative & innovative person who positively helped change the landscape of Downtown Las Vegas. We have been working on some cool projects for Downtown. God speed to his family, coworkers and our community. #TonyHsieh 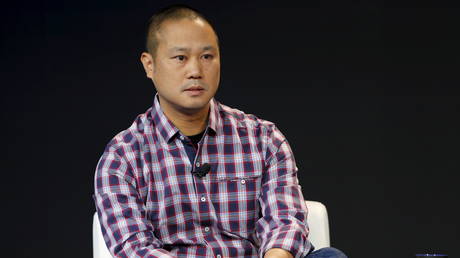