According to Avtodor’s press service, the partners have agreed “to identify new potential areas and projects for cooperation in the construction and operation of expressways in Russia, including on a fee basis.”

The agreement includes plans to put optical communication lines along the roads, which are used for the implementation of automated control systems, the development of intelligent transport systems and are the basis for the infrastructure of unmanned vehicles. Huawei will therefore take part in the implementation of Russia’s comprehensive plan for the modernization and expansion of the country’s key infrastructure.

The Chinese technology titan increased its presence in the Russian market – boosting investments and expanding its operations in the country – after Washington barred US tech companies from dealing with Huawei.

Last year, Huawei announced plans to invest more than $10 million in the development of its mobile services ecosystem in Russia. It vowed to spend around $7.8 million to promote 5G technology in the country and train 10,000 specialists by 2025. It has also teamed up with Russian operators for the rollout of next-generation networks, and helped launch the first 5G test zone in Moscow. 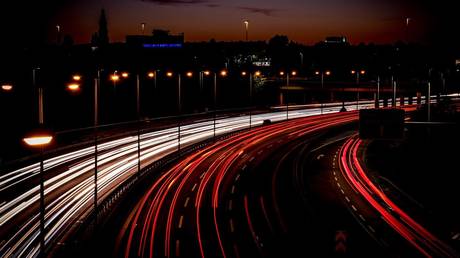