“I guess gold is the real bitcoin,” Boris Schlossberg, managing director of FX strategy at BK Asset Management, told CNBC. “Ultimately I think what’s happening is the market is taking implicit bets that inflation is starting to pick itself back up, and I think there’s a really good reason why the market thinks so.”

The stimulus from global central banks that has fueled a fiscal expansion is going to make its way into the economy and drive inflation higher, Schlossberg said.

“Central banks are still going to have to keep rates very, very low, because their first and foremost priority right now in a post-Covid world is to maintain momentum, to maintain expansion as much as possible,” he said. “So, they’ll suppress interest rates, inflation will go a little bit higher, and of course gold loves nothing more than real interest rates going lower and lower and lower.” 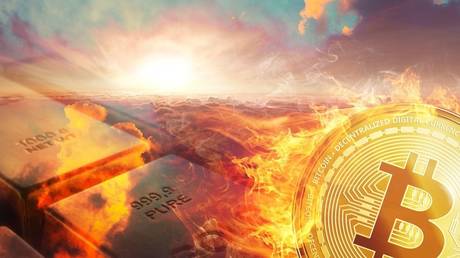