The volume of funds held in Russian metal accounts saw a dramatic year-on-year surge of nearly 56%, according to the latest statistics published by the Bank of Russia.

As of August 1, 2021, the holdings allocated in gold and other precious metals grew by 55.9% compared to the same date in the previous year. In physical terms, the growth totaled 31.6 tons to 88.2 tons from 56.7 tons recorded a year ago.

Russian state-controlled Sberbank became the leader with its metal-account balances increasing by 42.1%, or 16.3 tons. Meanwhile, balances on metal accounts in VTB Bank surged 105.6%, or by 12.2 tons.

The rapid growth of funds in the metal accounts of resident clients began in April 2020 after a recession that occurred shortly before the crisis of 2014-2015 and the subsequent stagnation, according to Head of Corporate Financing Bank’s Analytics Office Maksim Osadchy, as quoted by RIA Novosti.

“The trend is driven by the intention to protect assets from inflation and low bank rates,” the analyst said. 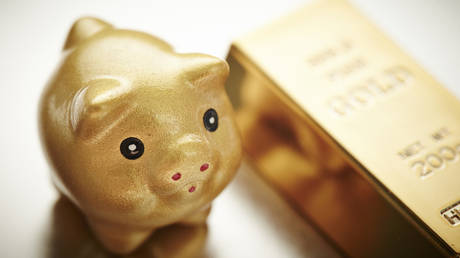 IMF board backs its managing d...

Sonos Black Friday Sale 2021: What deals to expect in this year’s event