Close
Trending News
HomeBusinessGlobal trade faces worst plunge on record, but ‘it could have been much worse’ – WTO

Global trade faces worst plunge on record, but ‘it could have been much worse’ – WTO

Global trade faces worst plunge on record, but ‘it could have been much worse’ – WTO

The Covid-19 outbreak is set to drive global trade down by 18.5 percent in the second quarter of 2020, the World Trade Organization (WTO) has forecast. Despite being the steepest fall ever, it is above the WTO’s worst predictions.

The trade body’s figures show that global merchandise trade shed three percent year-on-year in the first three months of 2020, but the virus-related measures exacerbated the situation.

“Initial estimates for the second quarter, when the virus and associated lockdown measures affected a large share of the global population, indicate a year-on-year drop of around 18.5%,” the WTO said in a report released on Tuesday.

The WTO’s annual trade forecast in April set out two possible outcomes of the current crisis. According to the pessimistic one, trade could nosedive by 32 percent, while the best scenario would be a 13-percent fall. The organization now says that rapid government responses helped temper the contractions, and the pessimistic scenario appears less likely.

“The fall in trade we are now seeing is historically large – in fact, it would be the steepest on record. But there is an important silver lining here: it could have been much worse,” said Director‑General Roberto Azevedo. “This is genuinely positive news, but we cannot afford to be complacent.”

Despite governments managing to react to the current crisis quicker than they did in 2008-2009, the outlook for the global economy over the next two years is still highly uncertain, according to the WTO. The uncertainties are driven by the possibility of a second wave of the coronavirus and related restrictions, as well as widespread recourse to trade restrictions.

The pace of economic recovery would further affect trade growth, the WTO says. In the event of a quick return to the pre-pandemic trajectory, global trade could expand around 20 percent, while a rise in infections may leave it short of the pre-crisis trend, with trade recovering only by five percent. 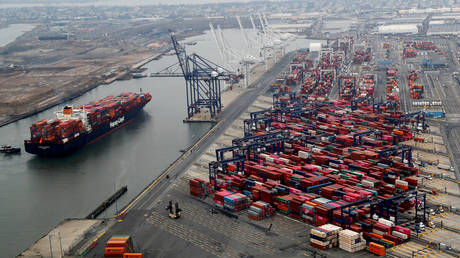 Google to face another legal c...