The Covid-19 pandemic is set to cost global tourism up to $3.3 trillion if the sector, which is vital for many countries’ economies, remains halted for one year due to coronavirus restrictions, a recent UN study concludes.

In its report highlighting the impact of the Covid-19 on global tourism, the United Nations Conference on Trade and Development (UNCTAD) considered three possible scenarios for the industry. While all of them would result in huge losses, the depth of the crisis will depend on how long holidaymakers are deprived of the opportunity to travel.

The tourism sector is a major source of employment and government revenue for many nations. According to the agency estimates, a country’s national income could drop by up to $3 million for every $1 million lost in international tourism revenue.

The crisis poses an enduring risk for the livelihoods of people in developing countries as they are set to face the steepest GDP losses. Even under the most optimistic scenario, the economies of Jamaica and Thailand are set to shrink by 11 percent and nine percent respectively. Croatia will also be among the three most affected countries, losing at least eight percent of GDP.

The world’s leading economies will not be spared from the economic downturn linked to the Covid-19 impact on tourism, the report noted. The US is predicted to suffer the highest losses, with a $187 billion drop in the moderate scenario, followed by China with $105 billion. Major tourist destinations such as Thailand, France and Germany stand to lose approximately $47 billion each in GDP due to the contraction in tourism. 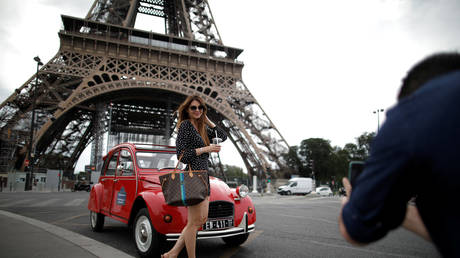