Instead of becoming a booming tourism season, April has turned out to be a disaster, with international arrivals dropping 97 percent, according to the UNWTO estimates. This is over 40 percent more than March’s decline.

Evaluating the possible economic fallout from the pandemic, the UNWTO previously said that travel restrictions could wipe out between $910 billion and $1.2 trillion in revenues for the tourism sector and put up to 120 million jobs at risk. As it laid out three possible scenarios, even according to the best of them, international tourism is expected to drop 58 percent year-on-year.

“The sudden and massive fall in tourist numbers threatens jobs and economies. It is vital, therefore, that the restart of tourism is made a priority and managed responsibly, ” UNWTO Secretary-General Zurab Pololikashvili said.

In another report released on Tuesday, the UN agency noted that while the crisis is far from over, the troubled sector is slowly restarting, as countries are lifting or at least easing restrictions. According to its data, the number of destinations across the globe more or less available for travel reached 22 percent in mid-June from just three percent a month earlier. 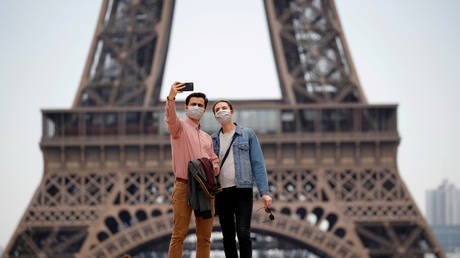