Germany’s Federal Cartel Office (FCO) has launched an investigation into Apple to see if the corporation is thwarting competition by abusing its dominant position in the market.

“A key focus of the investigation will be the operation of the App Store, as in many cases it empowers Apple to influence the operations of third parties,” said Andreas Mundt, president of the Bonn-based watchdog, as quoted by Reuters.

Apple became the fourth digital major to face closer scrutiny from German antitrust regulators. So far, the FCO has opened investigations into Google (which is owned by Alphabet), Facebook and Amazon over their data practices in the wake of recent reforms to the country’s competition laws.

According to the regulator, Apple is expected to undergo further investigative proceedings related to complaints about potentially anticompetitive practices. The iPhone reportedly gives itself preferential treatment by preinstalling its own apps.

“We look forward to discussing our approach with the FCO and having an open dialogue about any of their concerns,” an Apple spokesperson said, adding that the App Store had given German developers of all sizes the same opportunities.

The company is currently facing charges from the EU that it abuses its control over the distribution of music-streaming apps by unfairly restricting rivals. The case stems from a complaint by Spotify Technology SA, which had alleged that Apple forces app developers to pay a 30% fee to use its in-app purchase system, or IAP, making it difficult for Apple Music rivals to market themselves.

Germany’s competition regulator says it is planning to make “contact with the European Commission and other competition authorities in this regard. So far, no decision on initiating a further proceeding has been taken.” 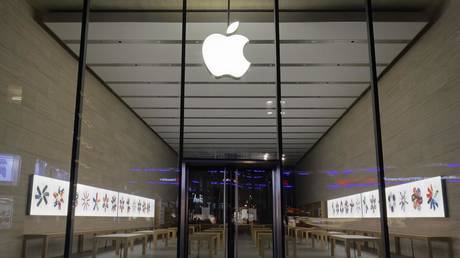