“According to our information, Russia is fulfilling the existing supply agreements… We do not know about the deliberate disregard of the existing contracts,” Ungrad stated, as cited by RIA Novosti.

She stressed that the department is monitoring the situation with gas prices, but believes that the market should be the one to respond.

“We do not see the need for the state to intervene in the situation,” Ungrad said, noting that many factors influence gas prices, including “difficult winter, economic changes, increased demand for gas, the situation in Asia, fires in Siberia.”

A number of politicians and analysts have been accusing Moscow and Gazprom of deliberately pressuring the market in order to speed up the commissioning of Russia’s Nord Stream 2 gas pipeline. Construction works on the pipeline which runs from Russia to Germany through the Baltic Sea ended last month. However, to start gas deliveries, the project needs to obtain European certification, which could take up to four more months.

Last week, European gas prices skyrocketed to an unprecedented $964 per 1,000 cubic meters. Russia’s Gazprom, as well as a number of analysts worldwide, attribute the price hike to the post-pandemic increase in demand for natural gas combined with underfilled gas storage facilities in Europe. 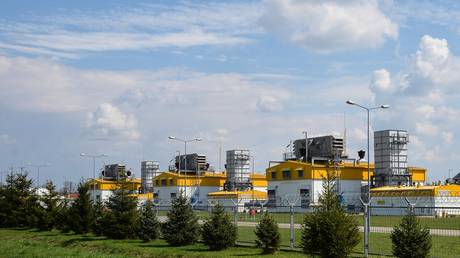