The German state of Mecklenburg-Vorpommern may have a plan to facilitate the completion of Russia’s Nord Stream 2 pipeline amid US attempts to sink the $11 billion gas project in the Baltic Sea.

The regional government proposed to set up a special “Foundation for climate and environment protection.” In a statement on Wednesday, it said that the purpose of the organization is to carry out environmental projects as the nation is trying to phase out coal power, adding that it could also “contribute” to the finalizing of the Nord Stream 2 project.

It is believed that the fund could help the companies involved in Nord Stream 2 to acquire and store equipment and materials needed for the pipeline’s construction. Thus it could shield the firms from punitive measures threatened by Washington as they wouldn’t directly be linked to the energy project.

The northeastern German state is located on the shore of the Baltic Sea and is home to the landing point for the underwater pipeline that stretches from Russia. The project is expected to double the existing Nord Stream 1 pipeline’s capacity of 55 billion cubic meters annually.

Two similar foundations were previously created for Nord Stream, the statement added, noting that the entities have since been supporting environmental projects in the Baltic Sea.

The foundation is yet to receive approval from the state’s parliament, that is set to announce the decision on the matter later on Thursday. If agreed, the region will transfer some 200,000 euros of public money to the fund. The subsidiary of Russian energy major Gazprom, Nord Stream 2 AG, which is in charge of the project, pledged to contribute 20 million euros to the foundation and make additional donations after the pipeline becomes operational.

Washington has been long trying to derail the gas project, while simultaneously seeking to boost imports of its own liquefied natural gas (LNG) to Europe. After the latest expansion of the punitive measures against the project, a Norwegian contractor, in charge of verification procedures, abandoned its work. Nevertheless, the construction of the pipeline is ongoing, with around 150 kilometers still needed to be laid. 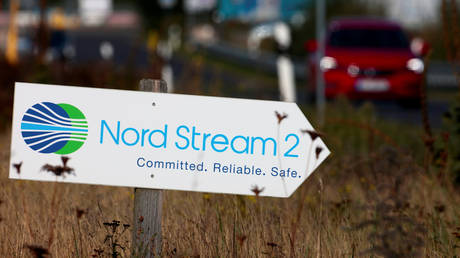 Merkel ‘saddened and angered’ by U...