Close
Trending News
HomeBusiness‘Game over’: India may quietly phase out Huawei & other Chinese vendors from its telecoms network

‘Game over’: India may quietly phase out Huawei & other Chinese vendors from its telecoms network

‘Game over’: India may quietly phase out Huawei & other Chinese vendors from its telecoms network

Unlike some other nations that toughened scrutiny over Chinese vendors, the Indian government does not want to issue a formal ban against particular companies, according to the report. Industry and government sources told the outlet that instead of imposing official restrictions that may provoke an angry response from Beijing, Indian officials just recommended avoiding using Chinese equipment in future investments, including in 5G networks.

An industry executive told FT that the government made it clear that it is not going to allow China-developed equipment, adding that it is “really game over.”

The move marks a U-turn for Huawei, which was allowed to participate in 5G trials in the world’s second largest mobile market with 850 million users earlier this year. The Indian government has already blocked any tests of the next-generation networks involving Chinese vendors.

The informal boycott may become a headache for some Indian operators which have contracts with Huawei, one of the leading global telecom equipment suppliers. For example, such companies as Bharti Airtel, Vodafone and state-owned BSNL are reliant on Huawei equipment and it’s unclear how much they will have to spend if they have to replace the Chinese supplier.

New Delhi has long been rumored about taking action against Huawei, especially after a military standoff along the disputed border in the Himalayas in which 20 Indian soldiers were killed. After the skirmish, the Indian government toughened its stance against Chinese apps, blocking around 60 of them, including such popular services as TikTok and WeChat. 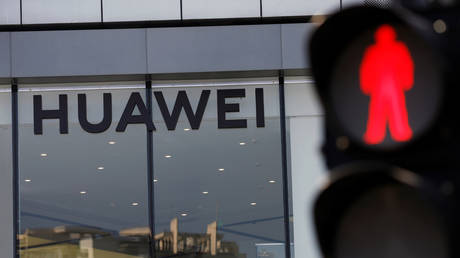 Ireland’s Department of Health off...