The Danish Energy Agency (DEA) announced on Thursday that it has given the operator of Nord Stream 2 project a license to conduct operations along that country’s continental shelf.

According to the agency, the conditions are expected to ensure the safe operation of the gas pipeline, which is being built to transport Russian gas to European consumers via the Baltic Sea.

DEA’s announcement comes as some politicians in Germany and the European Union had recently issued calls for the sanctioning of and even putting an end to the Nord Stream 2 project, because of the alleged poisoning of Russian opposition figure Alexey Navalny.

Earlier in September, US Secretary of State Mike Pompeo told Germany’s Bild that Washington is creating a coalition to hamper Nord Stream 2. He said that he would like to see Germany adopting the US position on the Russian-led project, either because of Navalny or the “real security implications” of dependence on Russian gas.

However, German Chancellor Angela Merkel has called for the issue of Nord Stream 2 and the incident with Navalny not to be linked.

US administration has repeatedly criticized the Nord Stream 2 pipeline, aiming to derail the project in order to boost sales of American liquefied natural gas (LNG) to Europe. Meanwhile, many European nations have already stressed that they want to diversify their sources of energy, and the Nord Stream 2 gas pipeline from Russia could be one of the ways to achieve this.

The new pipeline, which was designed to boost gas supplies to Germany and other European states by 55 billion cubic meters (bcm) per year, is currently nearing completion in the Baltic Sea. Russia had to dispatch its own vessels to lay the final kilometers of the route, after Swiss-Dutch company Allseas withdrew its ships due to the threat of US sanctions. 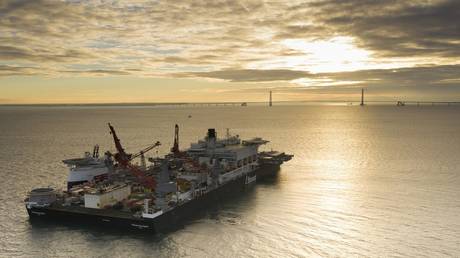 Every corporation in America is no...

Who is Middlesbrough Mayor Andy Pr...