French authorities say the country’s economy will return to pre-pandemic growth rates by the end of 2021.

“The work that we have done with the players in the economic sector has yielded results. This year, we expect GDP growth at 6%,” Finance Minister Bruno Le Maire told France Inter radio station on Monday. He emphasized that the country’s economic policy is “heading in the right direction.”

“Authorities will continue to respond to the crisis caused by the Covid-19 pandemic and prepare a new generation for the economy of tomorrow,” Le Maire added.

Earlier, the French National Institute for Statistics and Economic Research reported that France’s GDP in the second quarter of 2021 grew by 0.9% after stabilizing in the first three months of the current year. The report also stated that final domestic demand in France made a positive contribution to the GDP growth, which increased by 0.9% against mere 0.1% in the first quarter. Household spending also grew by nearly 1%, while the first quarter increase was only 0.2%.

In July, French President Emmanuel Macron said that the course of economic recovery taken by the authorities in March 2020 had helped to protect many French enterprises from the consequences of the pandemic-induced economic crisis. 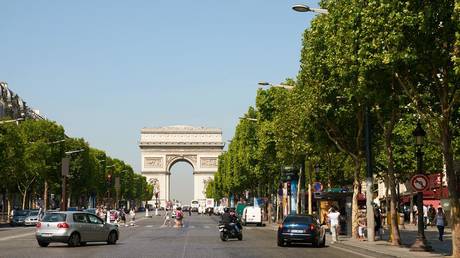 Australia is making the most o...