While not explicitly banning Huawei 5G equipment, France is gradually phasing out the Chinese tech giant from the nation’s next-generation networks, according to a lawmaker in President Emmanuel Macron’s party.

Earlier this week, the head of French cybersecurity agency ANSSI said that there would be no blanket ban on Huawei’s participation in the rollout of French 5G networks. French operators using Huawei equipment will be granted permits of between three and eight years, while others are urged not to switch to it.

These temporary licenses are merely a sign that the government wants to reduce the company’s presence in France, says Eric Bothorel, a Member of the French National Assembly from Macron’s La Republique En Marche party.

“Yes, it’s a phasing out” of Huawei, the lawmaker, who was behind legislation to strengthen mobile network security, told Bloomberg. “It won’t be a total elimination, but there will be far fewer Huawei in the future network.”

France plans to hold its much-awaited 5G spectrum auction at the end of September after several delays, including one due to the coronavirus pandemic. However, scrutiny over the Chinese vendor creates hurdles for two major French operators, Bouygues Telecom and Altice Europe’s SFR, which rely heavily on Huawei. About half of their current mobile network equipment is supplied by the Chinese telecom giant.

The carriers were set to continue cooperation with Huawei on 5G rollout. However, temporary exemptions may deter them from large deals with the company as it is unclear whether they will be forced to dismantle Huawei equipment after the waivers expire. It was earlier reported that some French carriers fear that even without a formal ban, Huawei could be banned in practice.

Huawei equipment currently accounts for about 22 percent of France’s mobile network. According to Bloomberg sources, the government wants to cut its presence by around 10 percent in the years ahead.

France’s partial restriction of Huawei is similar to the UK’s decision on the fate of the Shenzhen-based firm. In January, Britain granted Huawei a limited role in its next-generation networks. Since then, however, London started considering excluding Huawei from its 5G market amid mounting pressure from Washington.

As the US alleges that Huawei could pose a security threat by sharing data with the Chinese government – a claim that has been denied by Huawei and Beijing – it has slapped the company with sanctions, including restricting American firms from doing business with it and attempting to cut the firm off from global semiconductor supplies.

Beijing has repeatedly warned Paris against discriminating against its companies. On Monday, Foreign Ministry spokesperson Zhao Lijian urged the French government to make independent choices over 5G network construction. In February, the Chinese Embassy in Paris advised France to treat all equipment makers equally if they want similar treatment for European firms on the Chinese market. 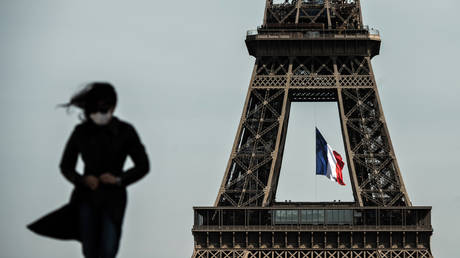