‘For the 1st time in living memory’: IMF expects Asian economy to shrink as it downgrades forecast

‘For the 1st time in living memory’: IMF expects Asian economy to shrink as it downgrades forecast

The coronavirus outbreak has been very costly to Asian economic development, the International Monetary Fund (IMF) said as it revised down its forecast for the region and warned of possible protracted recovery.

“For the first time in living memory, Asia’s growth is expected to contract by 1.6 percent—a downgrade to the April projection of zero growth,” Chang Yong Rhee, director of the IMF’s Asia and Pacific Department, wrote in a blog post.

Even the recent positive developments in the epidemic situation in some countries that allowed them to at least partly reopen have not helped to change the gloomy projections. The IMF said it had to downgrade the economic outlook for most countries in the region as they are dependent on global supply chains, making growth “impossible” while the “whole world is suffering.”

Although the IMF expects Asia to rebound strongly to 6.6 percent as early as next year, it noted that the pandemic is likely to have far-reaching consequences. While regional driver China has already started to return to normal after becoming the first country to be hit by Covid-19, positive developments there are not enough to bring Asia’s economic output back to pre-crisis levels. According to the IMF, the region’s economic output in 2022 will be about five percent lower compared with earlier predictions.

While the Washington-based agency assumes a strong rebound in private demand, it warned that there are “clouds on the horizon” which could undermine recovery. Those worrying signs include shrinking trade, longer than expected lockdowns, rising inequality, weak balance sheets, and geopolitical tensions.

Earlier this month, the IMF said that it expects “a deeper recession in 2020 and a slower recovery in 2021” as the virus had an uneven impact on sectors and countries, and there is still no medical solution for it. According to its recent outlook, the global real GDP could shrink by 4.9 percent this year, followed by a partial recovery, with growth at 5.4 percent in 2021. This would result into a cumulative loss to the global economy over two years of over $12 trillion from this crisis. 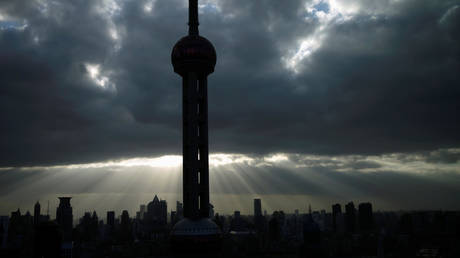 How to find everyone who has ignor...