Fishy excuse? Denmark could use SPAWNING COD to delay construction of Russian gas pipeline to Europe

Fishy excuse? Denmark could use SPAWNING COD to delay construction of Russian gas pipeline to Europe

The construction of the last stretch of the Nord Stream 2 pipeline may be stalled for a month or two despite permission from Denmark to work in its territorial waters. The latest stumbling block comes in the form of spawning cod.

However, the works cannot be resumed for at least four weeks as the energy regulator’s decision can be appealed by local and national environmental bodies, the DEA spokesman said. The complaint can be filed to the Danish Energy Board before August 3.

Cod spawning could create another hurdle for the undersea pipeline. Analysts told Russian media that its spawning period falls in July and August, making any construction works in the spawning area illegal. This could also delay the construction of the last 160 kilometers of the Nord Stream 2 until September.

Work on the final section of the pipeline in the Baltic Sea was halted at the end of last year. In December, Swiss-Dutch pipelaying firm Allseas ditched the project, withdrawing its vessels from the area due to the threat of US sanctions. Since then, Russia’s energy giant Gazprom, which developed the project, dispatched its own vessel to complete the Nord Stream 2. Making the long journey from Russia’s Far East, the Akademik Cherskiy has recently arrived in the German port of Mukran.While Washington still mulls slapping the Nord Stream 2 and companies linked to the project with additional sanctions, Gazprom still hopes that it will be launched in 2021 at the latest.

“I can briefly confirm that we continue to work on this project and expect that its construction will be completed at the end of 2020 or the beginning of 2021,” Gazprom’s head of investor relations, Anton Demchenko, said last month. 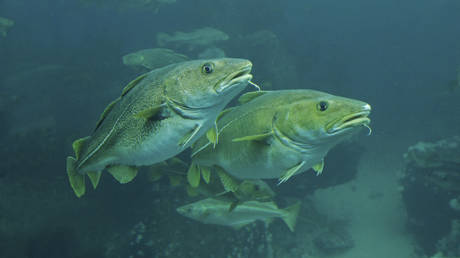