A fleet of driverless taxis may start operating in the Russian capital within the next several years, according to Deputy Transport Minister Aleksey Semyonov.

“If we efficiently start implementing the plan we are developing on the basis of our stakeholder authorities and key companies (the Transport Ministry, the Interior Ministry and the Ministry of Industry and Trade), then, I believe 2024 is the year when we can launch driverless taxis in a certain regime,” he said.

The ride-hailing service will be provided by Russian technology giant Yandex. Tests of over one hundred robotic cars are currently underway.

Yandex first unveiled its autonomous car in 2017, saying it was entering the driverless technology market and intended to capitalize on its already existing online services like map navigation, traffic surveillance, and image recognition for its other major branch – an Uber-like taxi service.

In 2018, experimental self-driving cars were launched in Moscow and Tatarstan. The list of regions with tests underway has been recently expanded to thirteen. 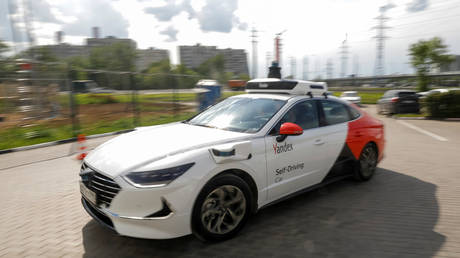 Russian farmers about to reap...