The head of the European Central Bank (ECB), Christine Lagarde, has warned of a major economic downturn for the European Union, leading to a surge in unemployment.

The “EU economy is experiencing a dramatic fall”, Lagarde told EU leaders during a video conference, according to Reuters.

Lagarde said the eurozone was heading for a “sharp decline” of some 13 percent in the second quarter, and reiterated the bank’s forecast of an 8.7 percent GDP drop in 2020 and a rebound of 5.2 percent in 2021.

According to the ECB chief, the full economic impact from the pandemic has not yet been reflected in the labor market, and unemployment in the 19-nation eurozone could reach 10 percent.

She noted that financial markets were relatively calm due to expectations that the bloc would act to show that “the EU is back” in action.

READ MORE: German economy may shrink by over 9% this year due to coronavirus crisis

The ECB said last month that the economic impact of the Covid-19 pandemic has been significant, increasing the underlying financial vulnerabilities of single currency area. It indicated that the euro governments’ vast fiscal response to the pandemic could raise questions over their ability to repay debts, and could revive the threat of countries leaving the euro. 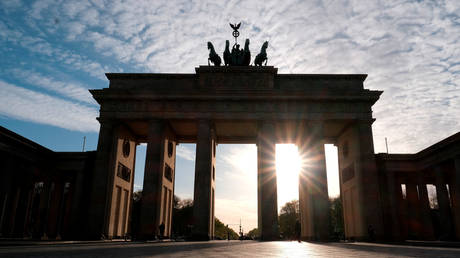 US oil dominance is coming to an e...