The latest surge in the price of the world’s second biggest digital asset, ethereum, turned its co-founder Vitalik Buterin into the youngest crypto billionaire in history.

The public ether address of the Russian-born Canadian IT programmer hit $1 billion on its balance sheet after ether’s meteoric growth to $3,200 was recorded earlier this week.

In 2018, Buterin referred to the address as his main wallet.The wallet held 333,521 ether coins worth nearly $1.16 billion at 14:03 GMT, according to on-chain data-tracker Etherscan, as bitcoin’s number one rival quadrupled in value this year.

Ether was trading at $3,456, up more than 11% over the past 24 hours, with gains of 37% over the past seven days, according to data tracked by CoinMarketCap.

Buterin proposed the open-source computing platform Ethereum, based on blockchain technology, in late 2013. The 27-year-old billionaire is now seen as one of the founding members of cryptocurrencies and other blockchain applications.

Ethereum is currently the most actively used blockchain, while ether is ranked as the second largest cryptocurrency after bitcoin by market value. On Tuesday, ethereum’s market capitalization reached $405 billion, exceeding that of Disney, Nestle and Bank of America, the second largest lender in the US.

Born in Kolomna in the Moscow region, Buterin emigrated with his parents to Canada. In 2017, the programmer relocated to Singapore. 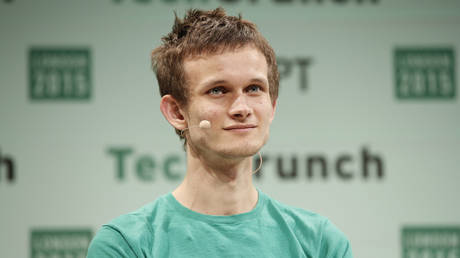