“The strength of emerging economies proved key for the recovery of the international economy,” Bolsonaro said at a virtual BRICS summit on Tuesday.

Bolsonaro noted that the first BRICS meeting occurred during one of the most serious crises in history in 2009. That meeting was hosted by Russia, as is the one this year.

Back then, the group was known as BRIC and included Brazil, Russia, India and China. The ‘S’ was added to the acronym after South Africa joined in 2011. BRICS members represent over 40 percent of the world’s population and account for around a third of global gross domestic product.

While the world is currently facing “a crisis of very challenging nature,” BRICS nations can play a “key role as part of the overall efforts to overcome Covid-19 and ensure the proper resumption of the global economy,” Bolsonaro told fellow leaders at the summit.

Returning to growth depends on greater cooperation between nations, the Brazilian president believes. According to him, coordination between countries can help improve the situation more than the actions of international organizations. 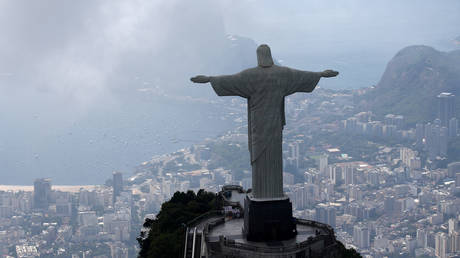 Huge parts of Scotland to be plung...