Online retailers can help Russian companies to expand their presence in one of the biggest consumer markets in the world, China, according to Russia’s trade representative in the country.

“Russia’s small- and mid-sized businesses should not fight their way to the Chinese market separately,” Sergey Iniushin told Russian media earlier this week. “The future belongs to the expansion of Russia’s presence on the Chinese market with the help of large e-commerce operators.”

He added that retailers could develop logistics in China and supply Russian products.

Chinese e-commerce giant Alibaba could be one of the main drivers to enhance business cooperation between the two countries. According to the trade representative, Moscow is in close contact with the conglomerate, and is trying to encourage Chinese operators to boost shipments from Russia to China.

Last year, Alibaba launched a joint venture with Russia’s sovereign wealth fund, IT company Mail.ru Group and one of the leading domestic mobile operators, MegaFon. Announcing the deal, the head of the Russian Direct Investment Fund (RDIF) Kirill Dmitriev said that it will allow Russian suppliers to reach 1.5 billion customers in China and globally.

Iniushin also called for the creation of “a full-fledged Russian bank” in China against the backdrop of growing trade turnover between the two countries, which surpassed $110 billion last year. As Moscow and Beijing are planning to double the volume of trade over the coming years, it is necessary to have a structure to conduct mutual settlements and solve related issues, the official said.

“A Russian bank like that will also have the functions of providing support to clients, it will help the participants of international economic activities,” the trade representative noted. “It is possible that in the near future we will see both a Russian bank and a Russian retail chain in China.” 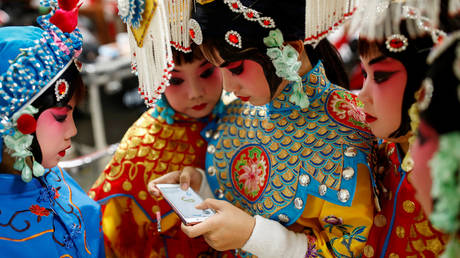 No quick bounce back: Russia’s rea...