US President Donald Trump has unilaterally abandoned stimulus talks until after the election, promising to pass “a major Stimulus Bill” if he wins. Economist Peter Schiff reminds us that the November 3 vote is under a month away.

“Can the drug addicts on Wall Street hold off for another four weeks without going into stimulus withdrawal?” Schiff asked on his podcast, adding, “So far, it doesn’t look that way. Because, you know, when you’ve got a drug habit as big as the one Wall Street has, anything that delays the next fix could really send you over the edge.”

The veteran stockbroker pointed out that House Speaker Nancy Pelosi wants a $2.4 trillion stimulus, which Trump says is too big. He is willing to sign off on a $1.6 trillion stimulus bill. “Because if borrowing and printing $1.6 trillion, if that’s a good thing, why isn’t borrowing and printing $2.4 trillion a better thing?” Schiff said. “Because you put the Republicans in the position of arguing that 2.4 trillion is too much of a good thing – that somehow, if we just create 1.6 trillion out of thin air and spend it, that’s really going to help,” he continued, “But if we push it to 2.4, it’s actually going to hurt. Why? I mean, when does something good suddenly become something bad?”

Schiff noted that it’s not that stimulus money doesn’t help individuals in the short-term. It puts money in their pockets that they can spend, but it doesn’t benefit the economy in the long-term, he said. “The stimulus doesn’t make for a more vibrant economy. It doesn’t lead to more production of wealth. We don’t get more goods produced; more services provided because we crank up the printing presses.”

Ultimately, it pushes the trade deficit up, Schiff explained, because “more people are buying stuff, but fewer people are producing the stuff that everybody is buying. So, we have to rely more heavily on stuff that the rest of the world is producing and allowing us to buy on credit.” 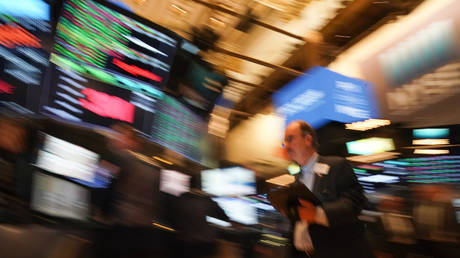 Signs of planet forming around nas...