The Dow Jones Industrial Average breached the 30,000-mark for the first time ever on Tuesday, as optimism soared on Wall Street amid hopes of three Covid-19 vaccines coming on-stream and an end to US election uncertainty.

Stock markets around the world plummeted in February and March as the coronavirus rapidly spread across Europe and the United States. News of vaccines showing promising results in recent weeks kicked off a rally that powered Wall Street’s main indexes back to record highs.

The blue-chip Dow surpassed the psychologically significant 30,000 milestone shortly after trading opened on Tuesday, ending a 218 trading-day wait since it passed 29,000 on January 15.

The fresh milestone was reached after US President Donald Trump formally cleared the way for an orderly transition of power to President-elect Joe Biden on Monday.

The Dow’s journey to 30,000 from the 20,000-milestone took less than four years, a lightning pace compared to its previous 10,000-point climb, which took nearly two decades.

Despite the stock market gains, US economic activity is still reeling from the damage inflicted by lockdowns and employment is at levels last seen in 2015. 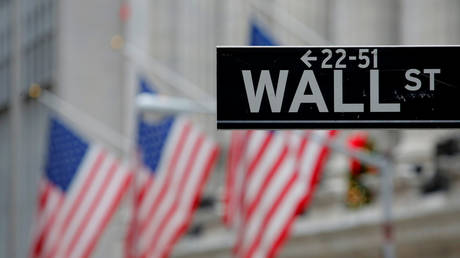 Berlin hits out at Ankara after Tu...