The US currency was “the mirror image” of precious metals, such as gold and silver, as well as equities in the third quarter of this year, according to veteran stockbroker Peter Schiff.

He pointed out in his podcast that the greenback was up on the month in September, but down on the quarter. The dollar index gained nearly two percent in September but ended down just over 3.5 percent on the quarter, Schiff said.

The CEO of the Euro Pacific Capital projected that “there could be a lot of fireworks in the fourth quarter,” explaining: “I think it can be a particularly negative quarter for the dollar — maybe even for the bond market as well, and the stock market.”

Schiff went on: “I think the dollar is going to go down regardless of who the next president is and which party controls Congress. I mean, that should be abundantly clear based on the debate.”

He also noted that a Biden win would also be more negative for stocks given that the Democratic Party nominee is promising to raise corporate taxes. 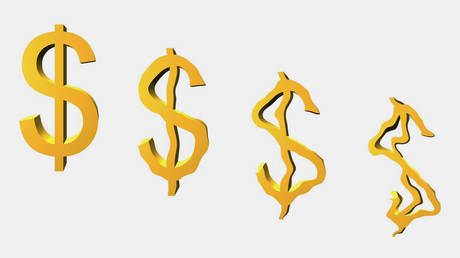