Police officers and prosecutors have searched the offices of auto parts producer Continental as well as the premises of German automaker Volkswagen as part of a five-year-long diesel emissions probe.

Continental employees are suspected of “abetting fraud and for providing false documentation,” Reuters cited Prosecutor Oliver Eisenhauer as saying. The official said that seven engineers and two project leaders are affected by the probe.

The German auto supplier did not comment on the details of the investigation, but said that it was cooperating with the authorities. According to local media, Continental denies that it supplied its customers with software to manipulate emissions tests.

The development highlights the extension of the ‘dieselgate’ scandal that started in 2015, when it was found that Volkswagen cars sold in America had special software allowing them to mask the true level of emissions during testing. The German automaker later admitted to cheating, which has resulted in an avalanche of lawsuits and billions in fines and compensation for customers. In 2017, it pleaded guilty in the US and agreed to pay $4.3 billion in penalties. At the beginning of this year, the car giant was ordered to pay a fine of nearly $200 million to the Canadian government over the scheme. 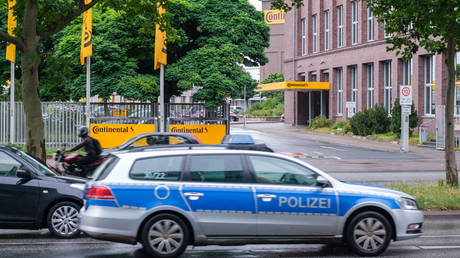