According to him, the “big question” for investors right now is whether the US dollar should be trading at a safe-haven risk premium.

Goel told CNBC that since March investors have been favoring the greenback over its peers in the Group of 10 countries, in part due to “emergency dollar demand” as the world went into a synchronized shutdown to stop the spread of the pandemic. As investors typically flock to the US dollar in times of uncertainty, in part due to its position as the world’s reserve currency, “that emergency dollar demand seems to be waning.”

Furthermore, “the exit strategy for the US, if anything, looks poorer than it is for the rest of the world,” Goel said referring to the lifting of lockdown measures and the reopening of the economy. “Our mobility tracker suggests that, [the] bulk of Europe, for example, is opening up faster than [the] US is.”

On Monday, the US dollar index stood at 97.503 against a basket of its peers. Earlier in June, it was trading at levels below 96.5.

Asked about the outlook for the Chinese yuan, the strategist said the fundamentals for the currency in terms of the underlying balance of flows are “very much getting more favorable.”

Goel pointed out that as China progressively opens up its financial markets, and is being included in various indexes, and introduces more local currency-denominated assets, the “portfolio flow story incrementally does become more positive” for the yuan.

“We’ve seen yuan being relatively sort of stable and within a range, and that is partly to do also with … a lot of dividend payments and the fact that obviously there was a lot of noise along the US-China axis as well… Of late, we have seen that it feels like at least the phase one trade deal seems largely secure, for now.”

Goel still warned that the “drag” and headwind ahead for the renminbi primarily centers around concerns ahead of the US elections, where more tensions between the two countries could raise the yuan’s risk premium. “I think that’s the one thing which is holding back the (Chinese) currency,” he said. 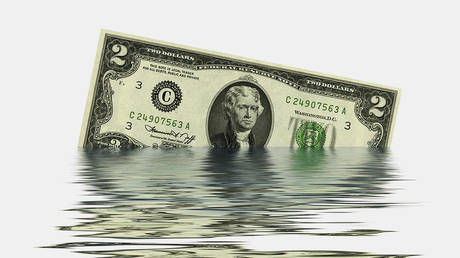