Metal prices, including gold and copper, have been rallying during the Covid-19 pandemic. Gold has gained over 15 percent since March, while Industrial metal copper has surged 35 percent over the last four months.

RT’s Boom Bust is joined by CEO of Euro Pacific Capital Peter Schiff, who projects that all the metals will be driven much higher by inflation.

The veteran stockbroker says he is “bullish on copper,” adding that for different reasons he is also bullish on gold, which is used in industry too – though not as widely as copper.

The factor driving gold prices higher is that everyone is starting to realize the US dollar is headed much lower, with Schiff noting that “we basically threaten to print it into oblivion.” People around the world must look for alternative stores of value, he says, as “they can’t just hold currency, because they will be taxed to death by inflation.”

He adds: “Demand for gold as a monetary alternative from both central banks and from private citizens is going to rise dramatically in the months and years ahead.” 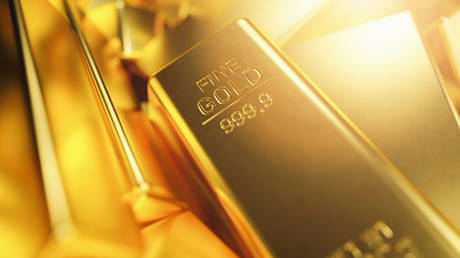 Brits may be able to hug all their...