A new Credit Suisse global wealth report shows that the number of new millionaires increased by over five million during the pandemic year 2020.

RT’s Boom Bust talks to the host of Economic Update, Professor Richard Wolff, to find out if this is a sign of a growing wealth disparity.

Absolutely, says Wolff. Using the United States as an example, he points out that over the last 16 months, over 85 million Americans – more than half the country’s labor force – had to file for unemployment compensation.

“More than one out of every two American workers went unemployed for a certain period of time,” he said, adding, “What that means is that if they had any savings they’ve used them. Their situation got worse.” 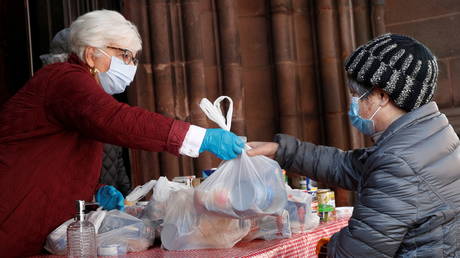