The global business community has warned that G20 countries need urgent reforms to alleviate the impact of the coronavirus pandemic on the global economy, which is suffering from the worst crisis in a century.

The Business Twenty (B20), which represents businesses across all G20 countries and various economic sectors, issued its 25-point list of policy recommendations for the coming G20 summit on Monday. The virtual summit, hosted by Saudi Arabia this year, will take place on November 21-22.

“The global economy is in its worst state in a century. While the Covid-19 pandemic pushed the economy over the cliff, many mishaps had brought it to the edge,” said Yousef Al-Benyan, the chairman of the B20 and a Saudi businessman, in an opening statement.

He added that while the economy is set to rebound over the next couple of years, “downside risks remain elevated” due to existing trade and geopolitical tensions as well as low productivity growth and growing inequality, among other factors. The group says that “bold and collaborative actions by the G20” can support the recovery. It outlined three key spheres to focus on – empowering people, including reducing gender disparity, safeguarding the planet and shaping new frontiers.

As the pandemic may “redraw the world trade map,” putting at risk global manufacturing and supply chains, the B20 stressed that developing trade and investment cooperation was necessary. In its statement, the group called on the G20 leaders to roll back protectionism and support open markets, and work closely with the World Trade Organization (WTO) to enforce “the rulebook to ensure a global level playing field.”

The call comes as the world’s two biggest economies – both of which are the members of the G20– the US and China, are locked in a simmering trade and political conflict. The row has recently intensified in the tech sphere, with the US threatening to ban popular Chinese apps and sanctioning Chinese firms like Huawei. 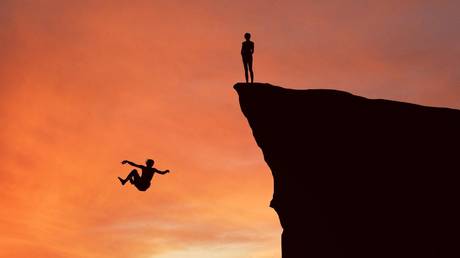 ‘Shame on you Finland! How dare yo...

What is a bigger threat to glo...