Around a half of German businesses polled by one of the nation’s largest economic think tanks, the Ifo Institute, want the EU to lift sanctions against Russia, as the restrictions have hit the German industrial sector hard.

The punitive penalties resulted in a greater bureaucratic burden which hinders business with Russia for nearly 40 percent of the 862 companies polled by the Munich-based institute, while over a third of them had to deal with extra controls. Additionally, around 20 percent of the firms said that they felt the impact of trade bans and restrictions on the financing sector, according to the Ifo results.

“Machinery and car manufacturers, the chemical and electrical sectors, and logistics are the most frequently affected,” Jasmin Gröschl, deputy director of the Ifo Center for International Economics, and her co-author Feodora Teti wrote.

According to the Ifo Institute data, machinery and car manufacturers were hit hardest, with nearly 60 percent and 40 percent of the respondents respectively noting the negative impact of the sanctions. Geographically, companies operating in eastern Germany are more affected than western German companies, the poll showed.

Nearly half of all the participants said that they could benefit from the lifting of EU sanctions. Additionally most of the nearly 200 managers polled by the Ifo said that they are against halting construction of the Nord Stream 2 pipeline which has been facing multiple hurdles due to US sanction threats.

The heads of the German businesses also noted that they are affected by Russia’s drive to replace imported goods, a policy introduced by the Russian government in response to Western restrictions. Other problems named by the firms when dealing with Russia include currency fluctuations, political and economic uncertainty, loss of confidence and reputation as well as increased competition from third countries.

The punitive measures targeting Russia were initially introduced by Brussels in 2014 over the events in Ukraine, and have been repeatedly extended and expanded since then. Moscow has responded with counter-sanctions, banning a number of European products. 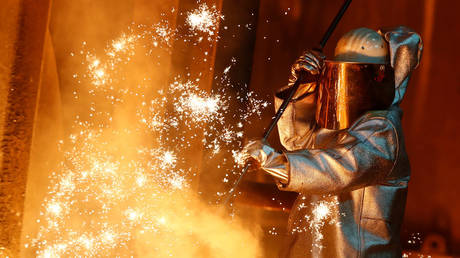