Lower-income British workers have been hit hard by the Covid-19 outbreak, forced to borrow more money to make ends meet, while wealthy families have mostly improved their fortunes, a new study shows.

While families in Great Britain are faced with the most severe economic contraction in more than 100 years, the current crisis has only widened inequality, according to the latest Resolution Foundation research.

“Concerningly, lower-income households are also more likely to have taken on extra debt to cope during the crisis, with a quarter of the second income quintile reporting taking on extra consumer credit, twice as many as among high income families,” the analysis released on Monday said.

For example, a typical worker in a shut-down sector of the economy had average savings of just £1,900 in May, compared with £4,700 of those able to keep working from home during the crisis.

In contrast, wealthier households, unable to follow their consumption patterns with much of the economy closed, enjoyed ‘forced’ saving that eventually improved their net worth. According to the foundation, over one-third of the richest fifth saw their savings increase in the first months of the crisis.

“It is already clear that the impact of coronavirus crisis will be with families for many years to come,” the analysts warned.

While the research noted that the UK’s wealth inequality is in line with many international peers and much lower than in the US, it is still relatively high. The think tank’s figures show that the gap between the wealth of the poorest and richest 10th of households surged by £370,000 in real terms over a decade to reach £1.4 million in 2016-18.

Meanwhile, wealth gaps across the country have also grown, with London and the country’s South East accounting for 38 percent of all wealth between 2016 and 2018, six percent more than a decade earlier. 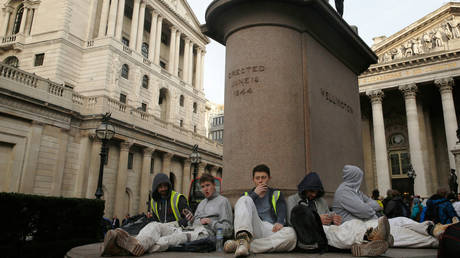 Could Boeing win back public t...

Russia expects to win big from...