Beijing has accused the United States of breaking global trading rules over bans on Chinese-made apps, including TikTok and WeChat.

According to the complaint which was voiced at a closed-door meeting of the World Trade Organization (WTO), China’s trading partner was taking measures that are “clearly inconsistent with WTO rules, restrict cross-border trading services and violate the basic principles and objectives of the multilateral trading system.”

The US said at the meeting that its action against Chinese apps was in defense of its national security. It has pointed to the WTO’s General Agreement on Services which allows for such action in cases “relating to the supply of services as carried out directly or indirectly for the purpose of provisioning a military establishment.”

China has argued that TikTok’s data collection was standard practiсe for thousands of apps worldwide and that Washington’s actions were a “clear abuse” of the relevant articles.

US President Donald Trump has accused TikTok of threatening America’s national security and gathering data for Beijing via the app’s parent company ByteDance. Both Beijing and the firm denied those allegations.

Trump has targeted the popular Chinese apps with a series of orders that aim to ban US entities from doing business with them or downloading them from American app stores. In addition, the Trump administration wants to force the sale of TikTok to a US buyer by November 14.

ByteDance has already started discussing the transfer of the app’s ownership to US tech giant Oracle. A new company, TikTok Global, would oversee US operations. Trump has approved the deal, which, according to him, will provide “100 percent” security. 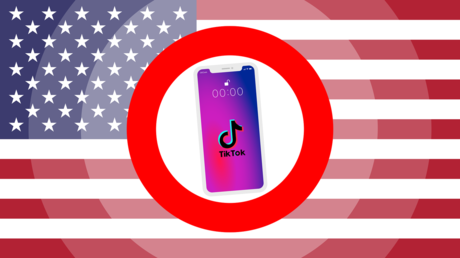 Fury as Call of Duty now so big it...