The Church of England Pensions Board divested this week all its shares in ExxonMobil since the US supermajor has failed to set targets to cut Scope 3 emissions.

The Church of England Pensions Board, which manages more than $3.62 billion (£2.8 billion) in assets, has been one of Exxon’s shareholders that has consistently called on the oil giant to report emissions and provide a pathway to reduce emissions from its operations and the products it sells to customers.

“Exxon failed to meet the index criteria which embeds the latest assessment by the Transition Pathway Initiative (TPI), and as a result the board is disinvested from Exxon,” the spokesperson for the board told Bloomberg.

While European oil majors have started to report the so-called Scope 3 emissions and have committed to reduce them over the next decades, Exxon hasn’t done that, drawing criticism from its investors, including the Church Commissioners for England and BlackRock.

BlackRock, for example, pushed for more climate action and transparency at Exxon and Chevron, after the world’s biggest asset manager said earlier this year that it would place sustainability at the center of its investment approach.

“As we have discussed during our most recent conversations with Exxon Mobil Corporation (Exxon), we continue to see a gap in the company’s disclosure and action with regard to several components of its climate risk management,” BlackRock said in its rationale for voting contrary to Exxon’s board’s recommendations at its shareholders’ meeting this year.

After Exxon’s meeting, Edward Mason, Head of Responsible Investment for the Church Commissioners for England, said:

“Exxon needs to join its peers and set out a strategy for transition to net zero emissions. Investors will not tolerate a board that is not capable of steering a course consistent with the goals of the Paris Agreement.” 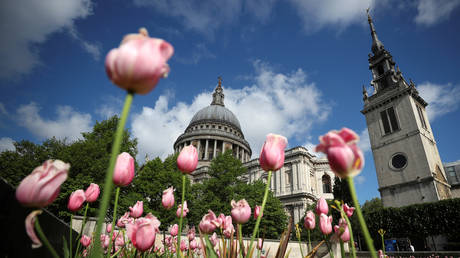