Qualcomm has confirmed that it has obtained the necessary license from the US government to sell 4G chips to China’s Huawei. The supplies were previously banned by Washington as it tightened its grip on Chinese companies.

According to a spokeswoman for Qualcomm, the chip supplier “received a license for a number of products, which includes some 4G products,” Reuters reported. The company did not elaborate on the items it can now ship to the Chinese tech giant, but it did note that the license covers some mobile devices.

Qualcomm applied for permission to continue doing business with Huawei earlier this year, when the company was targeted with new US restrictions that forbade companies from selling products made with US technology to Huawei.

Early media reports suggested that Qualcomm may resume supplies of 5G chips to the Chinese firm, but the recent statement suggests that the supplies will be limited to 4G. The US government previously indicated that products not linked to Huawei’s 5G business were more likely to win approval.

Qualcomm has said that some of its applications are still pending approval, while other suppliers are also waiting for the US government to allow them to resume shipments to Huawei. Some firms have already secured permissions on certain types of products, including Intel, Sony, and Samsung, among others.

Huawei ended up on the US trade blacklist, officially known as the Entity List, last year at the height of simmering trade war between the two world’s biggest economies. The ban effectively forbade US businesses, including the likes of Qualcomm, from doing business with the Chinese tech firm unless granted an exemption.

Washington has only tightened its pressure on the Chinese entities since then, and ordered all companies using US technology to stop selling semiconductors to the Chinese firm. The ban affected Huawei’s potential to design its own chips. Huawei previously said that it is running out of processor chips to make smartphones and will no longer be able to produce high-end Kirin chips due to US sanctions.

Analysts previously said that renewed supplies could facilitate recovery for the Chinese tech firm’s smartphone businesses. However, the granted licenses may have only a “limited impact,” Bernstein analyst Stacy Rasgon said as cited by Reuters, as the easing of sanctions applies to the non-5G sector, amid rising customer interest in devices that support that next-generation networks. 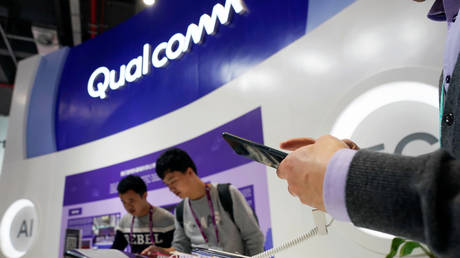