Chinese IPOs on US exchanges accelerated under Trump – report

Chinese IPOs on US exchanges accelerated under Trump – report

Pressure on Chinese firms has failed to stop them from listing on the US stock market, with the number of IPOs during Trump’s four years in office almost reaching those during the eight years of Barack Obama’s presidency.

Some 102 Chinese companies have listed their shares on the New York Stock Exchange and the Nasdaq since Donald Trump became president almost four years ago, according to data from research firm Dealogic, as cited by the Financial Times. That’s almost the same number of Chinese IPOs seen during Obama’s time in office, when 105 companies debuted on the US stock market in eight years.

The firms that entered the US stock market in the last four year raised less funds in total, but IPOs got bigger on average. Chinese businesses raised $25.5 billion in their IPOs under Trump compared to $41 billion during Obama’s presidency.

Out of $41 billion, more than half was due to online giant Alibaba, which raised $25 billion in 2014. Alibaba’s debut was the world’s largest IPO until Saudi Aramco raised $29 billion last year. Excluding the massive Alibaba IPO, firms have on average raised $250 million under Trump, more than the $154 million on average under his predecessor.

Chinese listings accelerated despite rising trade and political tensions between Washington and Beijing and pressure on Chinese companies from the US government. In addition to blacklisting Huawei and other tech firms, Trump has been threatening to kick Chinese companies out of US stock markets. Last year, lawmakers introduced a bill that would exert greater regulatory oversight on Chinese firms, as it requires all companies listed on US stock exchanges to submit to audits reviewable by the Public Company Accounting Oversight Board (PCAOB). If passed, the law could force non-compliant firms to delist.

Chinese businesses are still eager to offer their shares to investors in the US. As of October 2, there were 217 Chinese companies listed on the three major US exchanges, with a total market capitalization of $2.2 trillion, according to data from the US-China Economic and Security Review Commission. Over a span of eight months this year, Chinese companies raised $5.23 billion in US IPOs, more than double the $2.46 billion for the same period in 2019, Reuters reported, citing Refinitiv data.

However, many Chinese companies have already started distancing themselves from US stock markets. While some decided to pursue massive ‘homecoming’ secondary listings in Hong Kong and mainland China, other firms opted to go private amid US pressure. 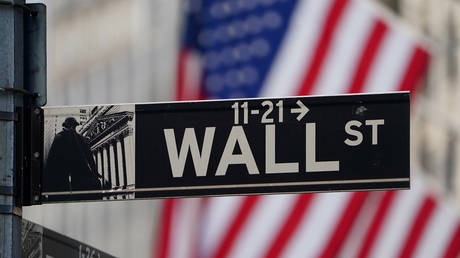